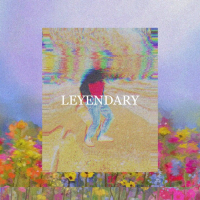 I just love to make music and anything new. My number one dream is to be a member of this very organization and hopefully once in my lifetime get the chance to have even just a 5 minute conversation with the infinitely creative and open mind of A$AP Rocky. I feel like there's so much I could learn from the very person who inspires me to be the most impactful artist I can be. I'm not a rapper tho, there's way too much of a sterotype behind that title that turns off too many listeners before they even get the chance to musically "hear me out". I sing, rap, produce, and overall create whatever I think of with whatever tools I have. I just wish I was in a better position to better promote myself and shed light on some of the truly talented and unheard of artists that the world is missing out on.

Posts made by 603LEYI